35 cases of booked in East Division


Next time you see an empty spot on the footpath and want to park your car, think again. With becoming a menace in the city, the have begun a drive against it and are removing such vehicles.

Narayan M, DCP Traffic East, said the drive is currently taking place in the East traffic division and will continue across the city. “With no , motorists often end up parking on the no-parking zones, which affect in those areas. They even park their vehicles on the footpath and leave them there for hours. This obstructs pedestrians’ way and they often end up using the roads to walk, which is not safe. We started this drive a few weeks back and are booking such vehicles as well as clearing them from the no-parking spots and footpaths,” he said.

At various roads in the city, cars were seen parked on footpaths, on Tuesday

He added that they are even evicting street vendors who are encroaching on footpaths along with (BBMP). “We have been assisting them to clear the encroachment so that pedestrians can easily walk on the footpath.” 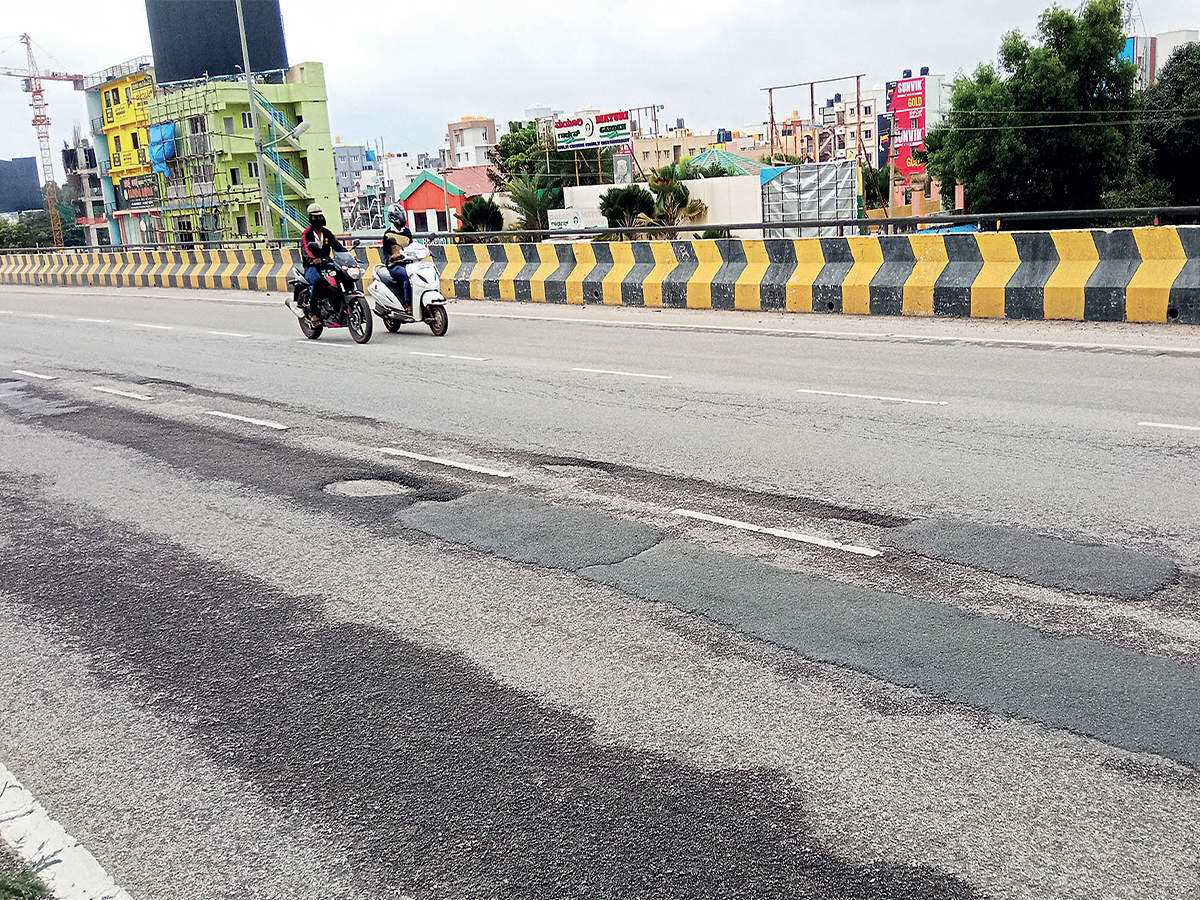 “It is sad to see the poor condition of the road, especially after paying Rs 140 as return toll. After NICE Road, this is the costliest stretch and arguably one of the worst stretches to drive,” said Shivakumara Swamy, a techie. ​

According to the police, since a lot of people working from home, they have started parking their vehicles in front of their houses on footpaths, blocking the pedestrian’s way. After receiving a few similar complaints, the cops started the drive and cleared the footpaths. On Tuesday, the cops booked about 35 cases of wrong and footpath parking in the East division along with 45 cases under Karnataka Police Act.

A senior officer said they often take up such drives across the city and book cases against the violators. “As December is considered as crime prevention month, we have been clearing the vehicles and spreading awareness about traffic rules,” he said.

In Photos: More than 11,000 fined in Bengaluru for not wearing masks

In a move to ensure that those who step outside wear masks, the Bruhat Bengaluru Mahanagara Palike (BBMP) has booked and fined around 11,624 people over the past week for violation of covid protocols. The civic body collected Rs 5.2 lakh via fines imposed across all wards in the city. About 1,600 to 2,000 people were penalised each day. Photo by Kaushik JN/MMCL

The south, west and east zones have more number of cases booked of both not wearing masks and not maintaining social distancing as all the three zones have 44 wards each. While fines were lowered to Rs 250, officials still face resistance from violators. Photo by Kaushik JN/MMCL

Joint commissioner (South Zone) Veerabhadraswamy said, “Each marshal books around 20 cases of violations, both for masking and social distancing on a regular day. There are nearly 200 marshals for 198 wards. There are also patrol teams of three marshals per team who go on for drives at different areas, booking violators not wearing masks and not maintaining social distancing.” Photo by Kaushik JN/MMCL

Excuses people give not to wear masks

BBMP Special Commissioner, Randeep D said, “I received three calls from people, with various excuses, after they were caught by the marshals. I asked them to cooperate with the marshals and pay the fine. It is a general instruction to everyone that whenever someone authorised by the law has stopped you for a violation, you have to pay the fine. You will get an acknowledgement for it. If someone has an issue with it, they can always take it up with higher authorities after paying the fine instead of calling up senior people in the government to evade fines.” Photo by Chethan Shivakumar/BCCL