Rain brings down 60 trees in city

Most falls in , especially and Gandhinagar; several vehicles were damaged

Heavy rain accompanied with gutsy winds that lashed the City on Wednesday evening, bringing down over 60 trees. Many vehicles, which were parked on the roadside, were damaged but there were no human casualties.

Officials said they did not receive any complaints related to flooding on Wednesday.

Dark clouds gathered over Bengaluru, casting a shadow on daylight, just before rain, on Wednesday

Most of the trees were fallen in the Central parts of , especially in Malleshwaram and . Complaints of tree fall were also reported from places such as KG road, Hanumanthanagar, JP Nagar first phase, Sanjaynagar and Hebbal.

Roads in the city were filled with water after a thunderstorm lashed the city for hours on Wednesday, forcing motorists to go through an unwanted bout of water sports

Over the last two days, hundreds of trees have been uprooted or the branches were fallen down following heavy rain. Officials have cautioned people not to venture out while it’s raining, given the City’s history of tree fall during rain. 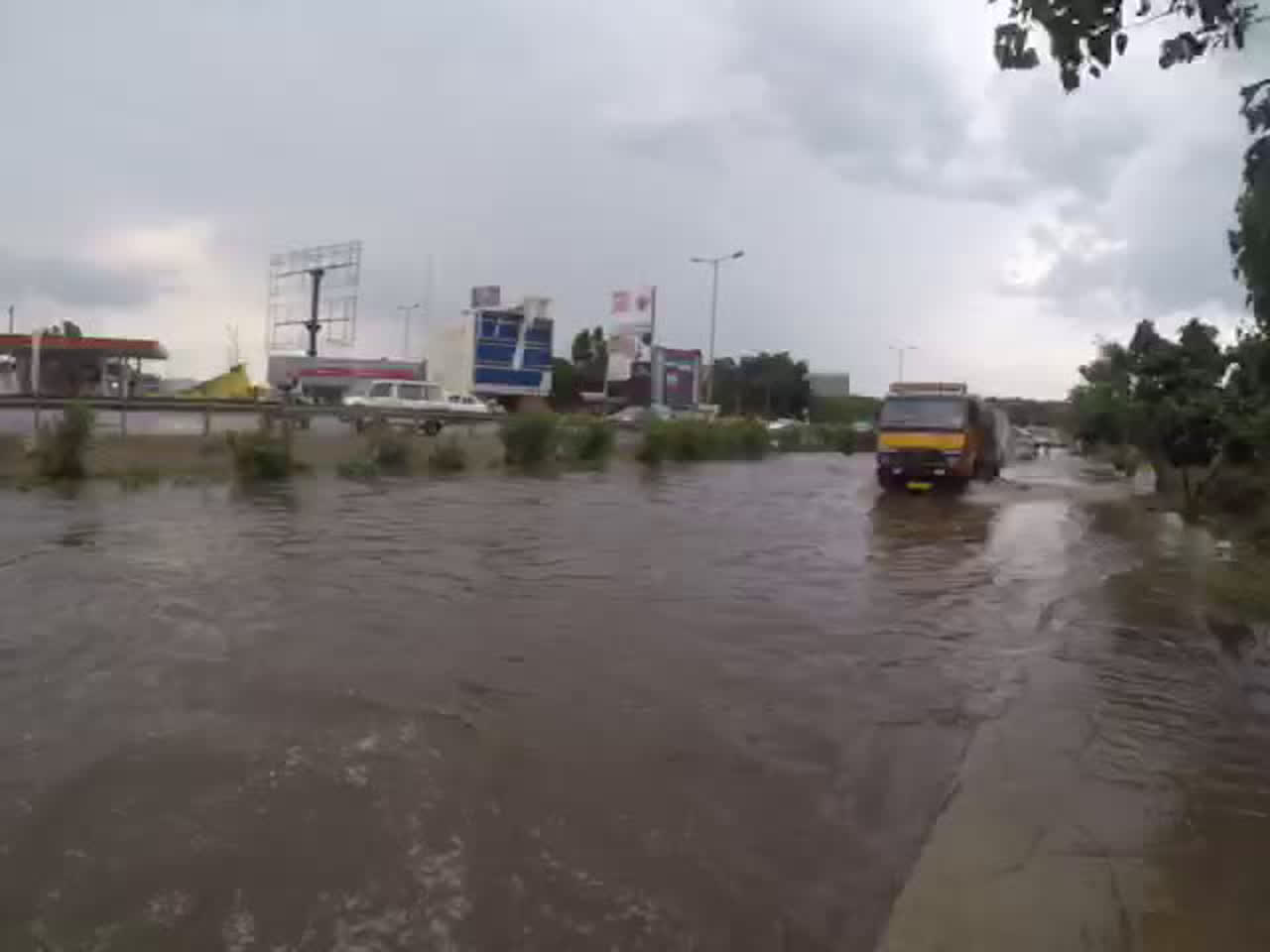 Meanwhile, Metereological Department has given a warning to several districts in South Interior Karnataka. The states that thunderstorm accompanied with light to moderate spells of rains and strong winds reaching 30-40 kmph is likely to affect the districts in the next two days.

The districts that are given warning are- Udupi, Dakshina Kannada, Bengaluru, Chikkamagalur, Chikkaballapur, Kodagu, Mysuru, Tumakuru, Ramanagara, Mandya and Chitradurga.