Bengaluru violence: Our kids innocent, claim families of the arrested

Section 144 imposed in , and Kaval Bairasandra till Saturday

Three people were dead and 15 injured after the police opened fire to bring the violence under control during the riot in East Bengaluru on Tuesday night. Additionally, as many as 75 police personnel were injured in the incident.

All were aged between 20 – 25 years and were reportedly shot by the police during the riot. After they were shot, two of the deceased were discovered to be Covid-19 positive.

In his statement to the police, P Naveen, who is believed to have caused the riots, claimed that his account was hacked and someone uploaded the derogatory post on purpose.

He was taken into police custody on Tuesday night and has been kept in an undisclosed location. His father, Pavan said, “Naveen’s phone was stolen two days before the incident and we suspect that someone might have uploaded the post on purpose.”


Taking immediate action, over 150 people have been arrested, including two prime accused who are suspected to have instigated the riots.

Additionally, Section 144 was imposed in DJ Halli, KG Halli and till Saturday morning and the surrounding areas have been sealed.

The prime accused have been identified as Sayed Admnan, a resident of Shivajinagar and Mujamil Pasha, a resident of Sagayapuram. According to sources, the two accused, along with 15 others, had approached the DJ Halli police station around 8:30 pm to file a complaint against Naveen when the police reportedly delayed the process.

Police said that they had informed the group that they would investigate the case but the group insisted on handing over Naveen to them. The police denied to handover Naveen and asked them to leave when the mob gathered.

Video: Bengaluru violence and its aftermath 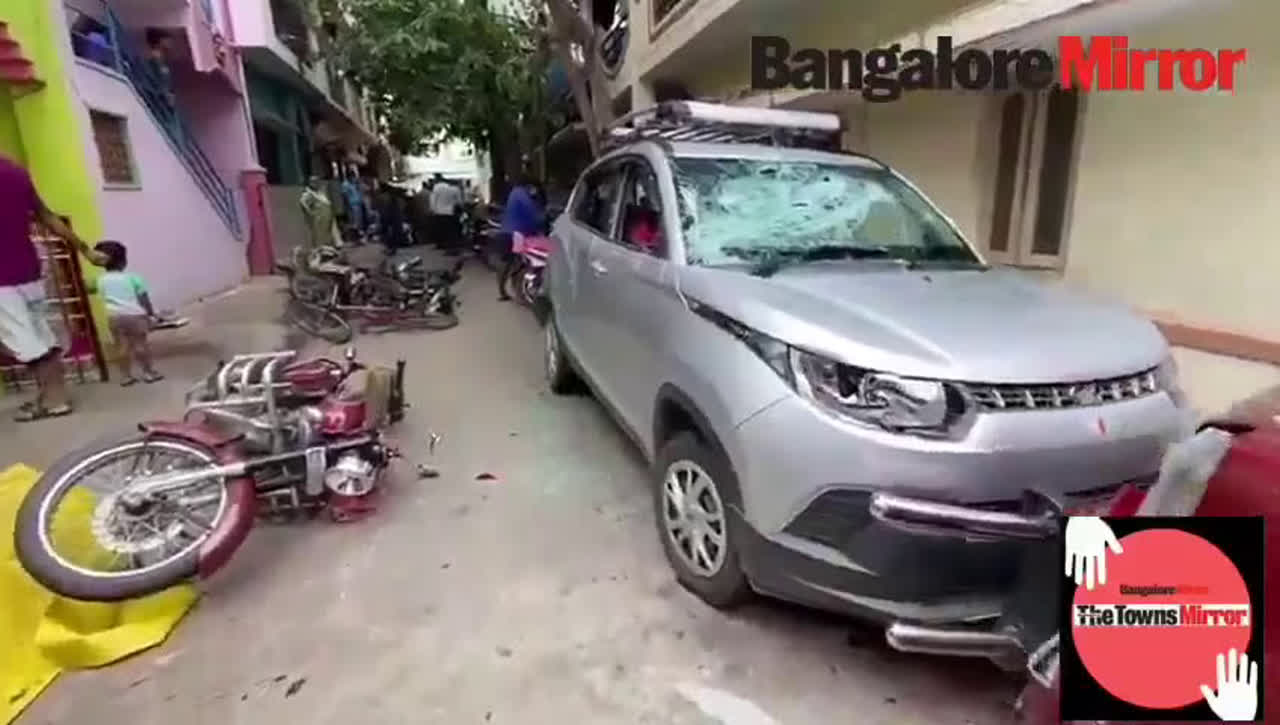 Mujamil is said to have stood for Bruhat Bengaluru Mahanagara Palike (BBMP) elections representing ward 60 last year and is an active member of SDPI (Social Democratic Party of India).

An official said that another accused, Wajid associated with the JD(S) has also been arrested . Wajid is said to have gathered the mob to seek revenge against the MLA. According to the sources, Wajid had a few clashes with the The deceased Mohammed Yasin’s mother claimed that he was not involved in any violence and was a victim of the riots. She said, “Due to medical issues, I hardly cook and yesterday, Yasin had stepped out at 10 pm to get food from the nearby hotel. As he did not return for an hour, we set out looking for him and at around 12:15 pm, we learned that he was shot dead in the police firing.”

Mohammed Shafiullah, father of one of the accused who has been arrested by the police said, “My son is only 23-years-old and works at a call center. He was at home the whole night. At around 3 am, the police barged in our house and took him away, with them stating that he was one of the suspects.”

In Photos: Violence breaks out in Pulakeshinagar over derogatory post shared by Congress MLA’s nephew

Shocking incident of mob violence emerged from Bengaluru on Tuesday night soon after Congress MLA Srinivas Murthy’s nephew Naveen shared a derogatory post on social media. Following the violence in Pulakeshinagar, section 144 has been imposed in the entire city while curfew has been imposed in DJ Halli and KG Halli police station limits. Photo by Kaushik JN/MMCL

At least three people have lost their lives and several persons have been injured in the clash. Bengaluru City Police Commissioner, Kamal Pant, said that the situation is completely under control. “We are getting some companies from RAF, CRPF & CISF, to join our security arrangements,” he said. Photo by Kaushik JN/MMCL

In the early hours of Wednesday, Bengaluru Police informed via a tweet that it has arrested the Congress MLA’s nephew. However, after he was detained by the police, Naveen had stated that his social media account was hacked. So far, as many as 150 people have also been arrested in connection with the violence in the city. Photo by Kaushik JN/MMCL

Around 60 police personnel have sustained injuries in the violent incidents of stone-pelting and attacks by rioters. Police officials said that protestors had rained bottles on a police van transporting police personnel to the affected area. Photo by Kaushik JN/MMCL

‘Strict action against perpetrators is certain’

Karnataka Chief Minister BS Yediyurappa informed that directives have been issued to take strict action against accused of Bengaluru violence and asserted that the government has taken all possible steps to curb the situation. While appealing people to maintain peace, he also said that violence against journalists, police and people last night was unacceptable. Photo by Kaushik JN/MMCL

The post is said to have triggered communal violence in East Bengaluru. Around 1,000 people had also gathered outside the KG Halli police station demanding the police take immediate action against the MLA’s relative for uploading the post. Photo by Kaushik JN/MMCL

The angry mob had gathered outside the MLA’s house and burnt down the vehicles parked outside his house in Kaval Byrasandra. His house was also vandalised. Fire tenders were immediately rushed to the spot but the mob did not let the vehicle pass through. Photo by Kaushik JN/MMCL

An official from fire and emergency said, “The mob did not let our vehicle inside and vandalised our vehicle as well. They broke the windshield of the vehicle and the vehicle had to be parked nearby in RT Nagar police station. The mob has burnt down two cars, five bikes and an auto.” Photo by Kaushik JN/MMCL

MLA Akhanda Srinivas Murthy had released a video last night, requesting the mob not to act violently and let the law take its course against those miscreants who are behind the act. Photo by Kaushik JN/MMCL

Minister says the incident was a ‘planned riot’

Joint Commissioner of Police (Crime) Bengaluru, Sandeep Patil, said that 145 people have been arrested till now in connection with the violence in the city over an alleged inciting social media post. Meanwhile, Karnataka Minister CT Ravi termed the violence as a “planned riot” and alleged that the Social Democratic Party of India (SDPI) is behind the incident that claimed three lives. Photo: ANI