Challa Rajendra Prasad started his entrepreneurial journey with a vision of setting up a coffee plant in India, which would help in achieving multiple objectives like exporting value-added coffee instead of raw materials, building employment opportunities in rural India, and helping the Indian Government in earning the hard currency. The dream was not easy to realize. India’s industrial environment was driven by the License Raj. Indians with an entrepreneurial mindset were not encouraged. Undaunted by the general non-conducive environment then prevailing, Challa Rajendra Prasad plunged into action. He approached the Ministry of Commerce for a license. There was neither appreciation for his objectives nor support for his enthusiasm. He was discouraged and asked to first talk to the Coffee Board. The Coffee Board could never see through his vision. The bitter pill administered by the Coffee Board was that the Instant Coffee segment was mostly reserved for MNCs.

Notwithstanding the discouragement, Challa Rajendra Prasad undertook a journey to explore and understand the coffee business across the globe. He studied the coffee market first-hand. He made friends in the coffee industry. Armed with the experience he gained and the network of contacts he had established in the coffee industry, he returned to India with renewed vigor, much more focused and energized to pursue his passionate dream.

Now, there was no stopping for Challa Rajendra Prasad. He set up a coffee plant unit in 1989 at Toopran Village in India which would employ the people in and around the village. This was Asian Coffee Ltd. of which he was the promoter-Managing Director. Asian Coffee Ltd. was the first 100% Indian company engaged in the business of producing and exporting instant coffee. The company had the distinction of being the first recipient of assistance in India from the Commonwealth Development Corporation, United Kingdom. His association with Asian Coffee Ltd. came to an end when Tata Beverages purchased a controlling stake in the company from the institutional shareholders. But he moved on.

Challa Rajendra Prasad proceeded to establish a new and larger modernized coffee plant in Duggirala, Andhra Pradesh. Thus, was born the Continental Coffee (India) Ltd. (since renamed CCL Products (India) Ltd.). He commanded this company which navigated through the hard currency world markets. Not satisfied with his success in India, he set up a plant in Switzerland followed by a plant in Vietnam as 100% subsidiaries of CCL Products (India) Ltd. The crowning glory is the SEZ plant in Andhra Pradesh set up in 2019.

Over the last 25 years, Challa Rajendra Prasad has built a combined manufacturing capacity of over 50,000 MTs of coffee products and related products spread over the plants in Switzerland and Vietnam, in addition to the two plants in India, making CCL the largest private label coffee manufacturer in the world. Today CCL coffee with a full range of coffee products reaches 90 countries. Over 1,000 cups of continental coffee are consumed every second across the globe. CCL’s high volume of exports supports several Indian coffee brands with sustainable supplies. The brand implements the values of ‘Make in India’ initiative, setting the benchmark high and today is known as one of the largest exporters of instant soluble coffee in India. His passion for coffee and India continued, and today CCL has launched its own Continental Coffee brands in the domestic market and is now setting another benchmark of ‘Make for India’. In a short period, the brands have gained attention in the minds of the Indian consumers and that gives the motivation to CCL to provide the best coffee experience to every Indian household. 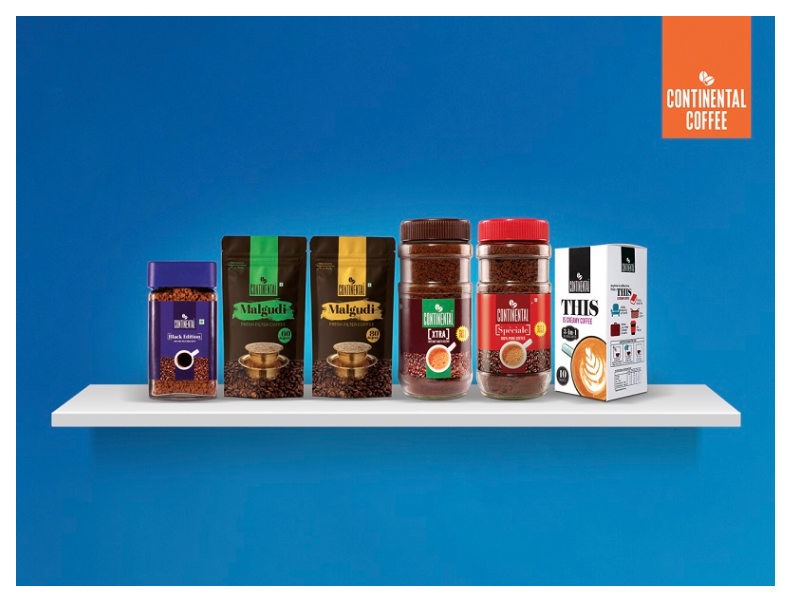 Challa Rajendra Prasad’s diligent work in the coffee sector resulted in him being appointed as a Member of the Coffee Board of India by the Ministry of Commerce, Government of India, for several terms.

Challa Rajendra Prasad is a pioneer and the first entrepreneur in India to have placed Indian Soluble Coffee in the global markets. In recognition of his entrepreneurial spirit and stupendous achievement in the global coffee industry, Challa Rajendra Prasad in 2019 was honoured with the “Lifetime Achievement Award” at the World Instant Coffee Dinner Meet organized by Instant Coffee Manufacturers in Anuga, Germany. With his contribution to the coffee industry, India is known as one of the largest producers and exporter of coffee in the world.