#Rewind2021: We couldn’t have gotten through this year without the kindness of strangers

We look back on a year on friendships forged in fire. Faced with the many challenges of the pandemic, we leaned on a network of unexpected bonds and the kindness of strangers. They form a strong foundation for 2022

Strangers in the long night

Life turned upside down for Prasanna Athi in February 2021. Even as she was settling into her lovingly decorated home in Washington, unforeseen visa issues meant she had to leave her job, family and friends, pack her bags and move back to Hyderabad with little to no warning.

Uprooted and in between jobs, with no clarity on where she would be spending the rest of the year, there was a group of people anchoring her through this instability. Having joined a COVID squad by people from IIIT in early May, she found that helping others put her personal distress to temporary rest.

“Everything in my life was uncertain at that point. And then I found this group with whom I would spend 12-15 hours a day on calls… people from all walks of life bringing in different skills to fight the pandemic,” she says.

So overwhelming was the work, that the squad organised regular ‘chill sessions’ where they could forget everything and open up about their personal lives. “These sessions would start around 11pm and go on until 4am on some days,” she recalls, “We would even have dinner together.”

When the group met for the first time in real life, it was to celebrate one of the volunteer’s NEET result. “We just picked up from where we left on calls, it was that effortless” says Prasanna. They held sleepovers, played badminton at 3am, watched cricket matches together, and sent each other food — their friendship based not on common tastes in movies or music, but on being open enough to experience what the other person likes.

Three days before Prasanna left for Singapore for her new job, she met the squad one last time at a friend’s wedding. “I was very emotional because they were a major part of my 2021 journey. Since undergrad, I don’t think I have met people who I know will be there with me for a lifetime. To be able to say that about these guys is something rare and special,” she says.

A wish upon jasmine

Treeza Louise Sequeira remembers the final moments of her mother’s funeral. Just as the coffin was being lowered into the grave, a woman came running towards her, in her hand, a bunch of jasmine — her mother had always been fond of them. To Treeza, this COVID volunteer was a stranger, yet like a thousand others across the country during the second wave, she helped prepare her mother’s meals and was now performing this final act of service.

Also Read | Travelling in fear: an emergency trip amid the Coronavirus chaos

It has been a tough year. The Dubai resident flew down to Mangaluru in May, only to lose both her parents to COVID-19 within a week. Alone in the city, with even relatives afraid of stepping into the hospital to help, she says, “All that kept me sane, was the kindness shown to me by strangers.”

“My father was admitted, after my mother, to the same ICU floor that she was in, but she had no idea he was there too,” she recalls. When her father passed away, she kept it a secret from her mother, trying to give him a send off herself. “I will always remember how Shivananda Prabhu, a friend of a friend of a relative — with whom I had never spoken before — helped me navigate the process of getting the death certificate. He even paid the hospital bill because I did not have enough cash on me.”

“Prabhu, a local corporator Mr Ramachandra Baikampandy, and Subha Rao (the woman who got her mother flowers) were my rock then,” says Treeza, describing how Subha made liquid food for her parents when they were on a ventilator, and even for Treeza herself. “She would call and ask me which ingredients I wanted. In my 49 years, nobody has asked me that other than my parents,” she says. “When I asked her how I could repay her, she said ‘just do the same for somebody else’. It is because of the good in people that this universe goes on.”

That is a lesson her parents taught her. “Dad and mum used to say: ‘our karma will come to you, and what you do will come to your children’.” Treeza is trying to do her bit now, making meals and sweets for daily wage labourers in her neighbourhood in Dubai once a month. “If I make even one person happy for some time, maybe the goodness will carry on.”

The ones who come back

On a December night at the Catholic Club in Bengaluru, amid revelry that only a belief that the pandemic is fading away could bring on, Pooja Pradeep saw a woman approach her. The stranger exclaimed: “You are Pooja Pradeep!” “Yes…,” replied Pooja inquiringly. The woman explained, “You ran a COVID squad during the second wave. You found my brother a bed.”

“I was so taken aback,” says Pooja, adding, “We hugged and that was the silver lining of my night. Because as volunteers, you help people but you rarely know what happened after. Very few actually come back and tell you.”

As the leader of a COVID volunteer squad, Pooja would try to keep herself emotionally distanced from the people she was helping find beds, medicines and oxygen. It was important to keep moving on to help the next person. But still friendships were forged in that fire — among the volunteers themselves.

Also Read | Cheering from the sidelines: good Samaritans who are proving kindness is contagious

For the duration of the second wave, Pooja worked with another first-responder, Gautam Monangi, based in Kuwait, helping each other share the data load. “After that, I deactivated my account for a month. When I came back online, Gautam and I reconnected, but this time we discovered that we had much else in common.”

Gautam is finally coming to India and the two are meeting for New Year’s. And on the agenda? “To dance together, for sure!”

In Chennai, Deepthi Tanikella takes out her phone to read the first ever message she received from 61-year-old NB Sriram (Ramji, she calls him). “Dear Deepthi,” it reads. “I am touched by the note, it will remain with me. A daughter has been added to my family. It is going to be a long association between my family and yours.” 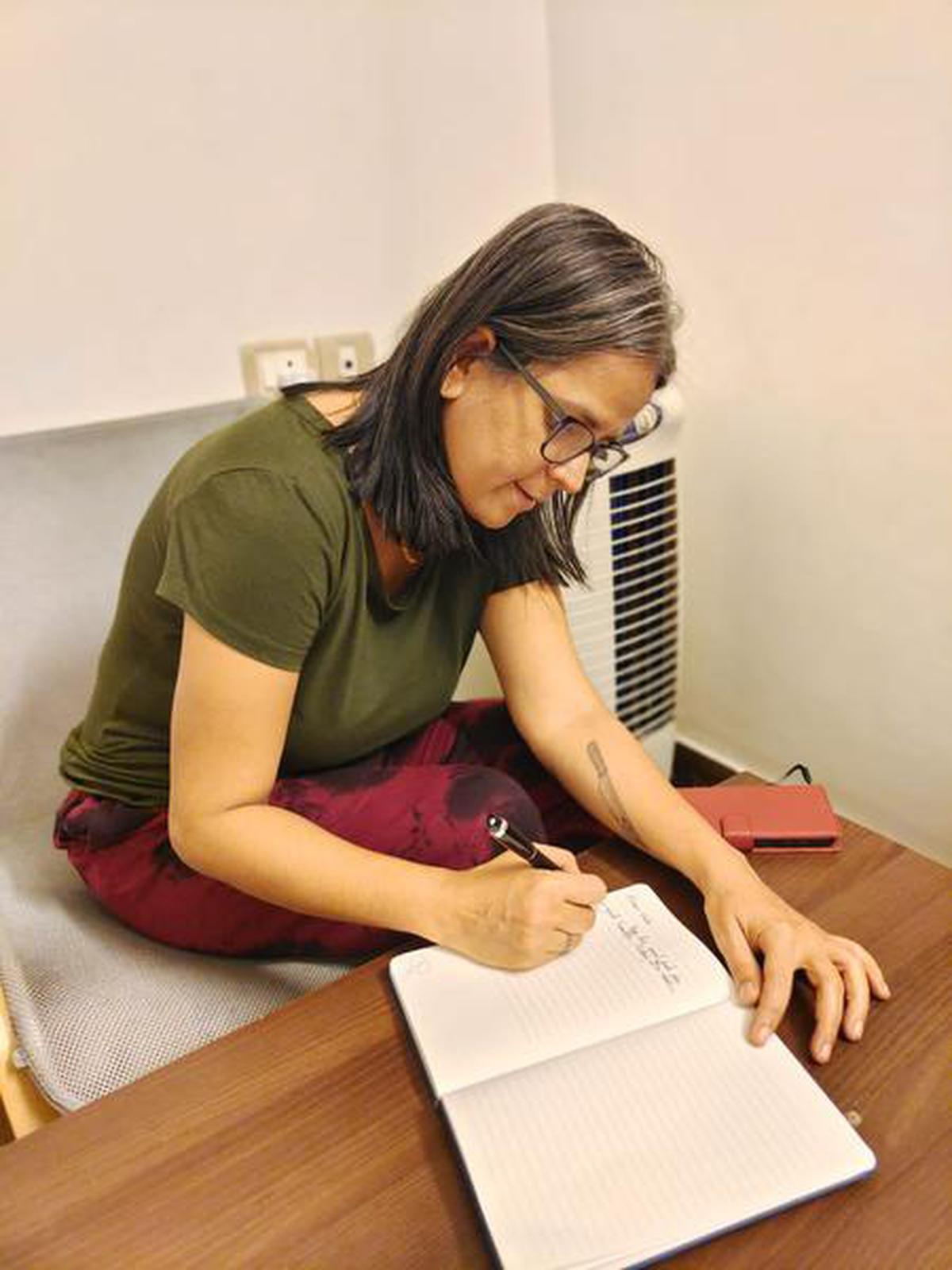 Along with sending meals to people with Covid, Deepthi Tanikella would also add handwritten notes to the lunchboxes

The message was Ramji’s way of thanking Deepthi for sending him meals twice a day, complete with handwritten notes, for the month he was recovering from COVID-19. Under severe lockdowns, Ramji, who lived alone in Thiruvanmiyur, sought out Deepthi’s volunteer group, Meals for Madras to send him rice, kootu, sambar, idlis and fruit. Moved by their help, Ramji began to think of Deepthi as his third child.

“I would also call him to see how he was doing. When he told me that he was living alone, I wanted to make sure he was okay,” says Deepthi. Even after Ramji recovered, she was the one he called when his throat felt itchy again. “Uncle called, saying please pray for me. I calmed him down,” says Deepthi.

Her efforts have not gone unappreciated. Despite having moved to Bengaluru after the second wave, Ramji unfailingly texts Deepthi a good morning message every day. “He asks me how I am, gives me weather updates and tells me about his other children,” — standard dad behaviour — “On the days he doesn’t text, I get worried and call him,” she says.

This friendship that took root in Chennai, will blossom in Bengaluru – for Deepthi, too, is moving with her family to the Garden City. And once in the same city again, they plan to finally meet.

Nijith M, a commando with the Central Reserve Police Force in Kashmir, and his elder brother Nijesh VP, also a commandant with the CRPF in Kashmir, were on leave during September-October 2020 and at home in Nadapuram, 63 kilometres from Kozhikode.

When Nijesh started running a fever, Nijith tried contacting a hospital in Nadapuram, but was told that all vehicles were on calls. “I was given the number of a woman ambulance driver who stayed near our village in Vilangad,” he says. Fifteen minutes after he called her, Deepa Joseph, the first woman to drive an ambulance in Kerala, was at his house, wearing her PPE kit. She rushed Nijesh to the hospital where he was found to be COVID-19 positive. They advised her to take him to Kozhikode. 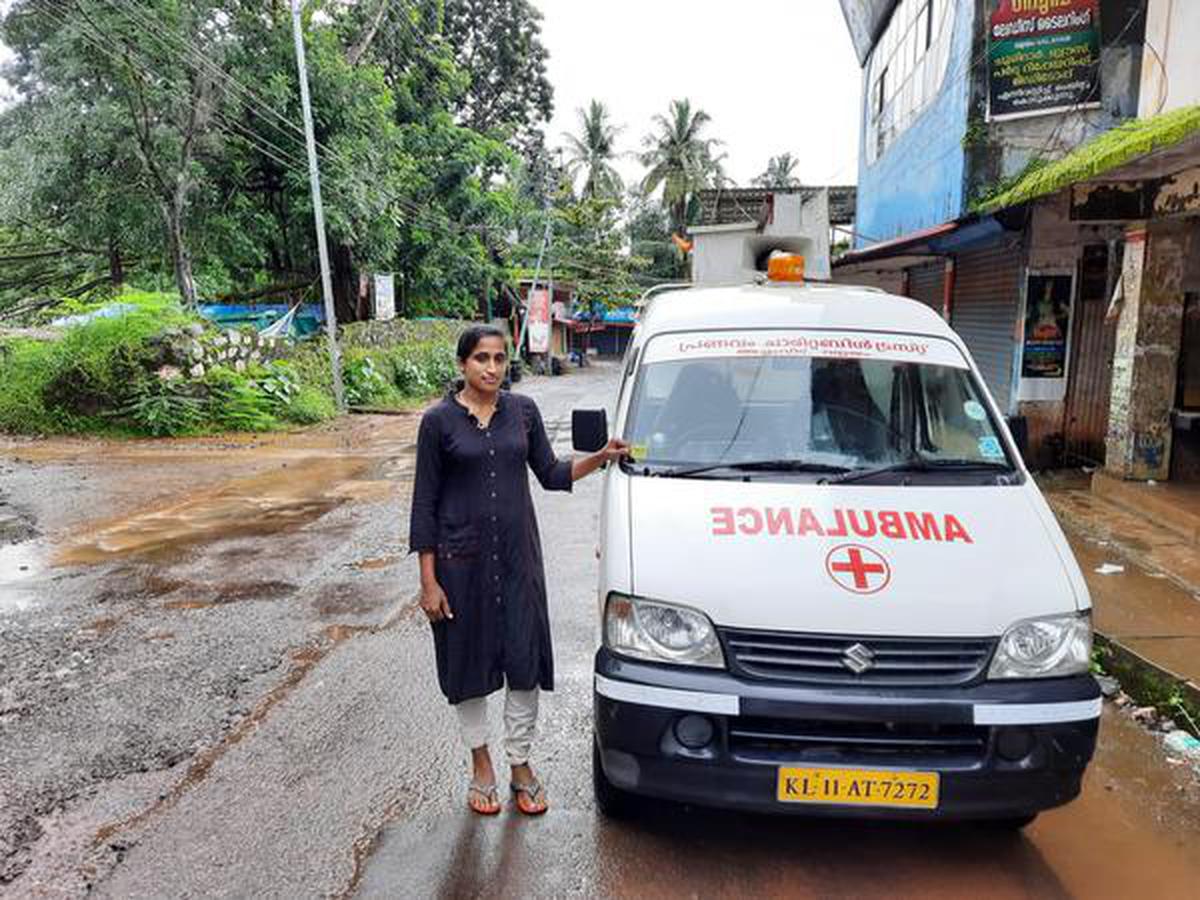 Deepa Joseph, the first woman to drive an ambulance in Kerala, helped transport many people around Kozhikode, and still remains in touch with them

“Deepa immediately contacted me and apprised me of the situation. She comforted me and told me that she would be taking him to Vadakara or Kozhikode. Since I was in quarantine, I sought the help of our friends to help my brother,” he says. By the time, the brothers’ friends reached there, Deepa had already ensured that Nijesh was admitted and given emergency treatment.

“No matter where we are posted, we keep in touch with Deepa. She was our super hero that night when we were in dire straits. We WhatsApp each other once in a while,” says Nijith. Like him there are many who owe their life to this plucky woman.

Thirty-six-year-old Deepa makes light of her work. She says she took up driving to make ends meet when she separated from her husband in 2013. “I was working as a bus driver of Puliyavu National Arts and Science College when the pandemic forced the Government to shut down all educational institutions. I had to look for a job,” she recalls. She began driving an ambulance at Pranavam Trust in August 2020 and has transported hundreds of patients with COVID-19 to the hospital since then. Many of those she transported to hospitals in a race against time keep in touch with her.

“It feels great when I realise that I was able to help them,” she says, adding, “I don’t stop at reaching my passengers to hospitals. I ensure they receive medical attention and inform their relatives. In my village, the residents see me as their daughter or elder sister.”