Residents vent out anger at politicians and administrative officials for failing to discharge duties during crisis.

“Why did you come to our village – To pose for television cameras or to listen to the flood victims’ sufferings? You should listen to the affected farmers to get to know about the actual situation on the ground rather than simply relying on official data,” lashed out a flood-hit farmer, who had taken shelter at a relief camp at Firozabad in Kalaburagi, at Revenue Minister R. Ashok when the latter visited the village on Friday.

The farmer was also fed up with the media personnel who encircled the Minister preventing him from interacting with the people. In the ensuing chaos, the farmer could not narrate his ordeal to the Minister despite his best efforts as the unheeding minister had rushed to his car. The Minister made flying visits to a few villages in the district to complete the formality and left for the next district to repeat the same.

In another incident on the same day, villagers at Honagunta attempted to attack a government official who visited the flood-hit village. The Kagina floodwaters had inundated over 500 houses in the village and destroyed essential commodities such as food grains. The villagers did not have even drinking water to quench their thirst. The officer who visited the village next morning somehow managed to escape from the angry mob and sent a drinking water tank within an hour.

The stretch of State Highway 122 between Nidagunda and Garampalli at Chincholi taluk in Kalaburagi district damaged in the floods.

The Muttaga village on the bank of Kagina remained incommunicado for two days after all physical and telecommunication connectivity was cut off. The villagers had to spend the nights in fear on their rooftops as the houses were inundated and power supply was disrupted. “We survived eating biscuits and drinking floodwater. Nobody came to our help,” a woman vented her anger before journalists after the Kagina receded two days later.

These are a couple of examples of how the public anger is accumulating against the politicians and administrative officials who the people think, have failed to discharge their duties.

From the beginning of the floods, the political class, especially the ruling party, appeared to be more interested in Council polls and by-elections to two Assembly constituencies than addressing the people’s woes.

Rural Development and Panchayat Raj Minister K.S. Eshwarappa did come to Kalaburagi, not to visit flood-hit areas, but to accompany Shashil Namoshi, the BJP candidate for North East Teachers’ cCnstituency of Legislative Council, to the Regional Commissioner’s office to file nomination papers. 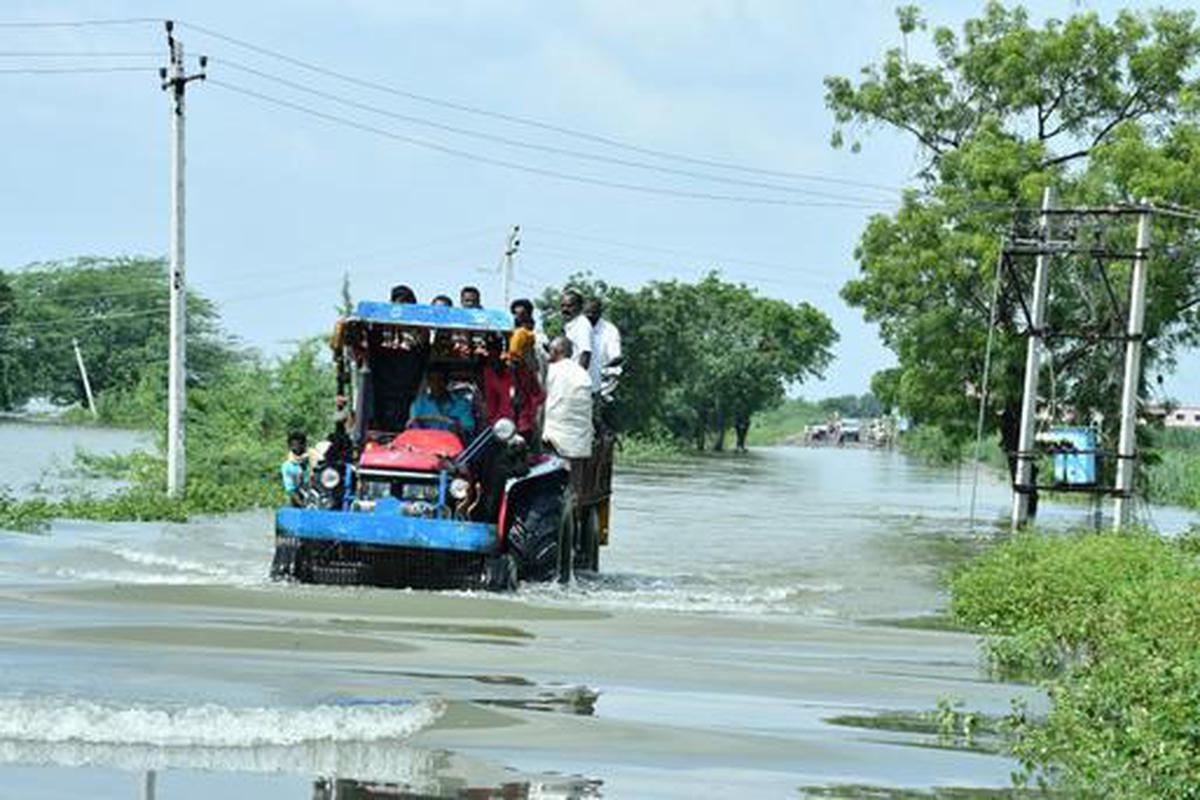 The road between Shirvala and Bhankalaga villages at Afzalpur taluk in Kalaburagi district flooded by Bhima waters.

Deputy Chief Minister Govind Karjol, who is also the in-charge of Kalaburagi, has not paid a single visit to the flood-hit Kalaburagi. It was only after Congress leaders B.R. Patil and Sharan Prakash Patil criticised him that he clarified he was in home-quarantine after testing positive for COVID-19. He, however, did make a trip to Sira, unmindful of the pandemic, to accompany his party candidate for filing nomination papers for the constituency that was going for polls.

The district administration appears to have woken up to the call a little late. For the first time after decades, the district was receiving incessant downpours this year. The floods were more gradual than a flash in nature and provided enough time for the administration to prepare to face an imminent challenge.

Yet, the administration’s initial activities were confined to cautioning people on the banks of Bhima and Kagina through media releases against approaching the roaring rivers than preparing them for mass evacuations.

Though discharge from Maharashtra increased to 1,23,000 cusecs on Wednesday and continued to increase further, the Kalaburagi administration swung into action only on Thursday after the inflow in Sonna Barrage crossed a whopping 5 lakh cusecs. 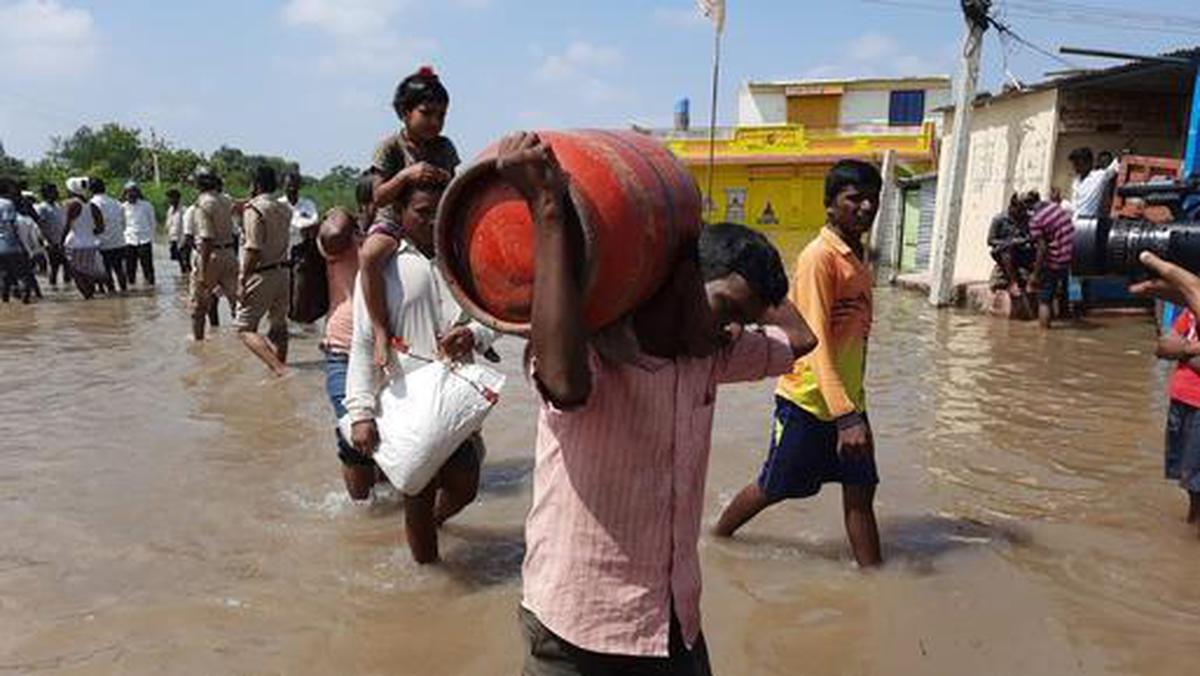 People moving to safer place from flood-hit Holi Bhosga village on the bank of Bhima in Kalaburagi district on Saturday.

Deputy Commissioner Vijaya Jyothsna’s directions to the concerned Tahshildars to evict 148 flood-prone villages were not implemented till the floodwaters entered the villages.

The improper coordination between Maharashtra and Karnataka might have contributed its part for worsening the situation.

The apparent disinterest of the political class and the lack of preparedness on the part of the administration left the flood victims in a lurch. The people’s anger is justifiably manifested in violent reactions to the strangers in neat dress visiting their villages – be it the government officials or the journalists reporting ground realities.

Ridership remains at 20-25% despite slash in AC bus fares