Superstar Salman Khan hosted Bigg Boss 15 is all set to premiere tonight. This year the house will have a jungle theme in sync with its tagline ‘Sankat in Jungle, Phailaayega Dangal Pe Dangal’. With just a few hours left in the grand night, audience cannot wait to see their favourite celebrities to make extravagant entry and then eventually het locked inside the house. As the contestants are all gearing up to for the show, they are making sure to make their fans happy and catch up with their loved ones.

Before entering the house Bigg Boss OTT contestant Shamita Shetty exchanged sweet messages with bae Raqesh Bapat and dear friend Neha Bhasin, She took to Instagram and shared a screenshot of her video call with the duo. 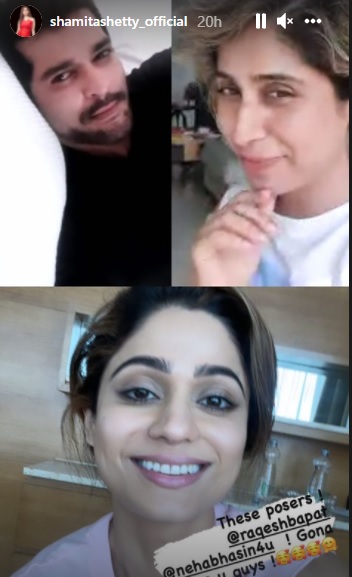 Popular actress Tejasswi Prakash is going to enter the Bigg Boss house after her spectacular performance at Khatron Ke Khiladi. She took to Instagram and shared an adorable video in which she is seen dancing to the song ‘dhadak dhadak’ along with a suitcase. She has asked her fans to guess in the comments section as to where she is heading to.

Pratik Sehajpal who was the first official contestant of the season shared a heartfelt video with his fans. He asked them to support him and love him.

Earlier, Umar shared the promo video on his Instagram. Check it out here:

Also read: Bigg Boss 15 Premiere: When and Where to watch, Theme, Contestants of Salman Khan-hosted show

Did you know Shreyas Talpade dubbed Hindi version of Allu Arjun’s Pushpa? Know about Baahubali & others